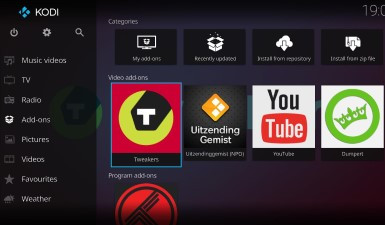 Recently Kodi has released a new update for Android users which enables us to watch live TV on Android devices with the help of live TV add-on like UKTV Play, BBC iPlayer, Zattoo, etc.

Also, company has announced that they are working on the new update in which they are planning to add the app lock feature in the Kodi Android app.